I've never been a big sketch-follower. I would try to sketch a layout before creating it, but I would usually end up with a completely different layout than the sketch called for. I would look at other people's sketches and just think, I don't have the perfect photos for that. But now I am realizing that I really do like sketches - a lot! I've discovered that I like the challenge of copying a sketch and making it my own. I now see that a sketch isn't limiting my creativity - it's inspiring it! So, with that said, here is my layout for this week's Sketchy Thursday. It's the first layout I have done of my new little one, Jaxon. 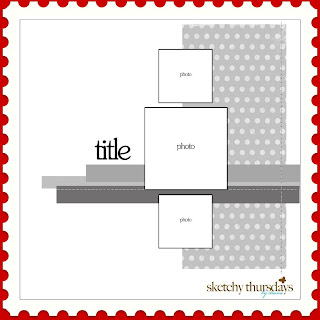 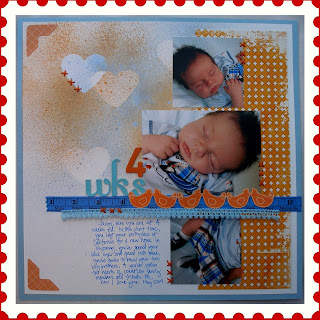 Thanks for looking! Tessa
Posted by Tessa Buys at 5:25 PM