First, roses :).  The new sketch at Sketchy Thursdays is a beautiful one!  I was inspired to create an 8.5 x 11 layout this time, which is something I want to do more often. 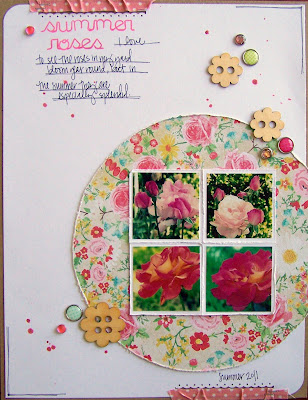 These are the roses blooming right now in my front yard.  I wish I had yellow ones, too, but these pink and fuchsia ones are gorgeous! 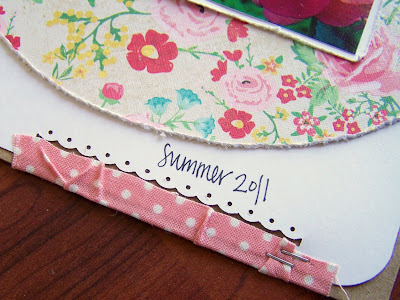 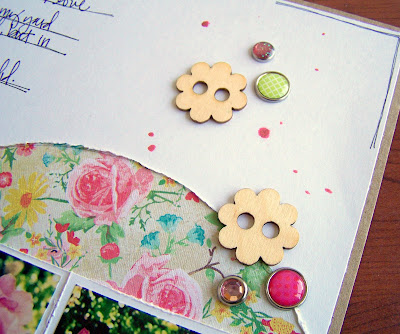 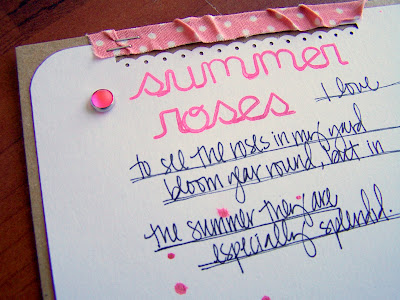 Here's the sketch, full of possibilities.  You can see I opted for embellies instead of squares, but kept the circle and four photos. 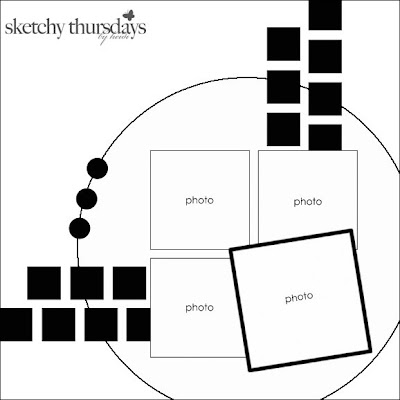 Be sure to stop by Sketchy Thursdays for more inspiration and all the details on playing along.  And if you're up for one more challenge, join me at Scrapbook Circle (enter balloons). 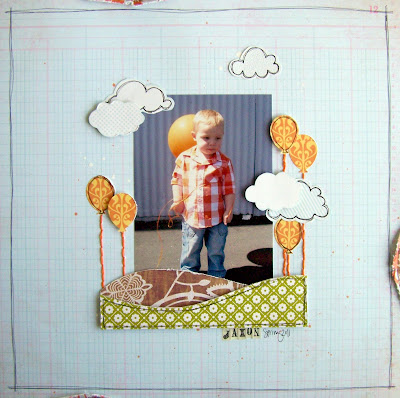 A new challenge starts up today called "Set the Scene".  Create a layout with "scenery" like my clouds and hills and you could win a fabulous kit from SBC.  You don't have to be a subscriber to play, so I hope you'll join in on the fun :).
And, finally, broken teeth. You know that phrase, "When it rains, it pours"? Hehe, I think that is summing up my June.  Jaxon lost a tooth yesterday.  Sort of.  Mind you, he's only two.  He tripped into the library steps.  I didn't actually see the fall (yeah, I'm totally expecting the Mom of the Year award), but after a quick inspection I only found a bloody chin and a few tears.  Four hours later I happened to look at his smile and discover that one of his top front teeth is shattered.  Literally shattered.  Because he is so little and doesn't do well at the doctor's, we are scrambling to find a good pediatric dentist.  Luckily, besides not being able to do a sippy cup and needing to chew on the side of his mouth, he's pretty much fine.  He's so cute - while eating he points at his cheek and says "side."  Oh, the joys of motherhood.  Here's hoping for a calm, uneventful day :).  Thanks for stopping by! Tessa
Posted by Tessa Buys at 9:27 AM