One of my favorite shapes in the Epiphany Crafts collection is the oval, so I was really excited to have the assignment to create a page featuring the oval tool. 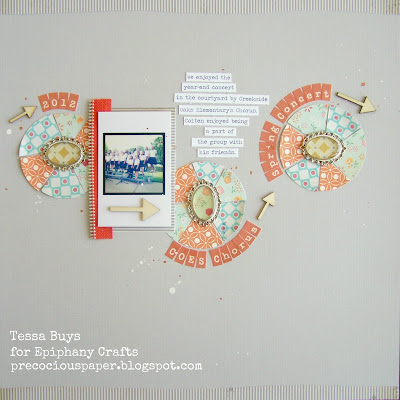 First, I chose a photo of my son's last chorus performance. I knew I wanted the page to have movement because they did quite a bit of dancing while they sang. To create that, I placed paper-pieced circles across the page, added arrows, and put the ovals to work. 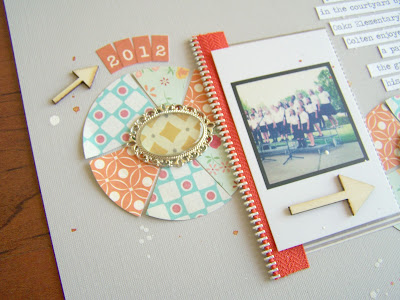 By starting with one oval in a horizontal position... 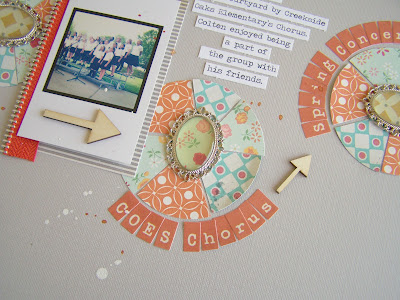 ...then tipping the next to vertical... 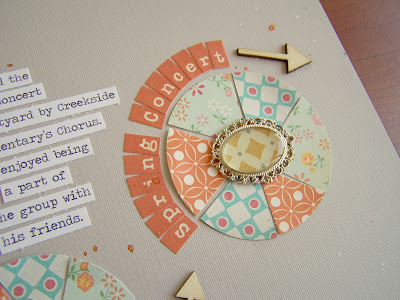 ...and returning the third to horizontal, your eye tumbles across the page. I love the effect :). You can win an oval tool for yourself at the Epiphany Crafts blog now :).

I just got back from a week in the mountains with the young women of my church. It was awesome! I was one of the crafts leaders and had a great time creating with over 200 people. 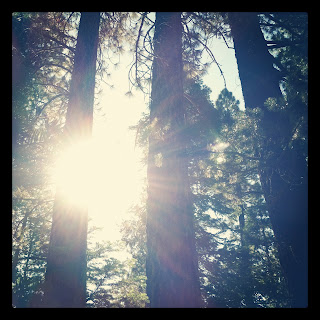 I started a SMASH book while I was there to document the week and had it laying out on the counter in the craft shack. One of the nurses walked in, saw my SMASH book, and I discovered she was a scrapbooker, too! We got to talking paper and glue when she noticed an instax photo in my book. I took along my instax camera, but realized when I got there that I didn't bring any extra film and only had two exposures left. When I told this to Nurse Wendy she offered to bring me some when she came back on Thursday (she was going down the hill for the 4th of July). I told her it wasn't necessary (because that's expensive film!), but she showed up on Thursday with the film and wouldn't even let me repay her. I used my free time that day to make her a thank you card (which I neglected to photograph), but I did get this photo of the two of us :). 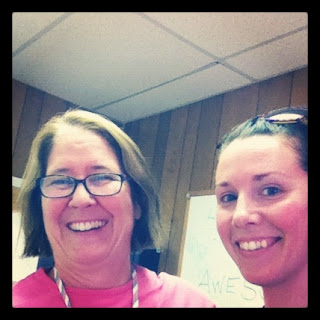 I love connecting with other paper crafters! It's a special bond, don't you think? It really was a great week filled with many, many blessings. I'll share my SMASH book soon, and I'll catch up with all of my other projects as the week goes on. I hope your week was fabulous and that this one is, too! Tessa
Posted by Tessa Buys at 8:03 AM