Hiccups and a Layout

Life is full of hiccups. Those events that alter or even derail your to-do list filled with good intentions. Jaxon and I experienced one such hiccup yesterday: 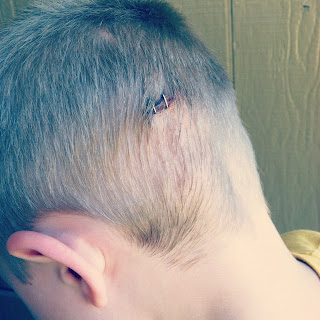 Yes, those are staples. And yes, I did briefly think about how they were about the same size as the ones that come from Tim Holtz' tiny attacher. Jaxon and I were sitting at the kitchen table late yesterday morning when a lego he was playing with got too far away from him. I pushed it back to him when I realized he was reaching for it, but as he went to sit back down on his bum after being on his knees, the chair scooted out from underneath him and he went down, hitting his head on the chair before landing on the floor. I ran to him, cradled him, then felt the (unfortunately) familiar feel of blood on my arm. I looked and sure enough, he had a small gash on his head. We just did this a few months ago, except it was a hallway corner and a race with his brothers. That time it was urgent care and three stitches. This time it was a trip to the ER and two staples. He was a champ, though! He was really cooperative and the ER staff was impressed. He got a chocolate shake from In-n-Out and was a happy camper the rest of the day. Evidence - this photo taken when I said, "Let me take a picture of your staples so you can see them." 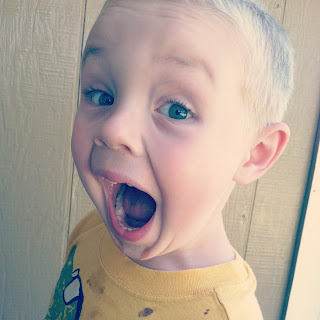 Goof ball. And yes, that is a mix of blood and chocolate shake on his shirt. So, anyway, this hiccup really put my schedule out of whack yesterday and I am going to postpone my Tahoe recap/Golden Birthday winner post to tomorrow. But before you go, here is a layout I have up on the Scrapbook Circle blog today: 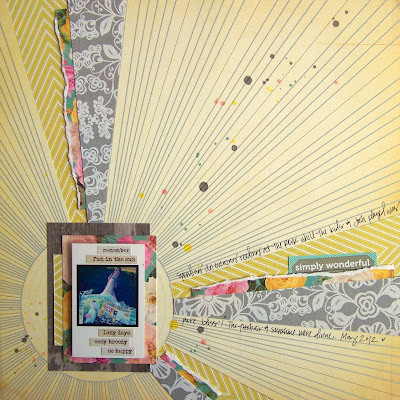 I definitely count my blessings when I have days like the one featured on this layout. They keep me sane when those darn hiccups show up :). 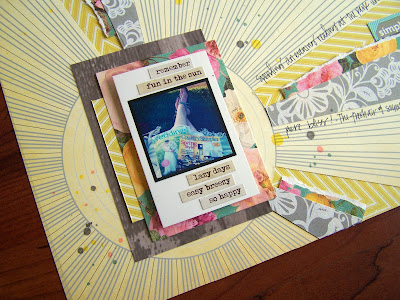 Hiccups or not, my life really is simply wonderful. 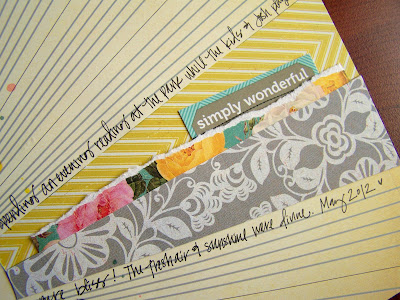 As accident prone as Jaxon is, I wouldn't trade my little tough guy for anything! He blesses my life more than any stitches or staples could ever inconvenience it. I hope your day is a good one - hiccups or not :). Thanks for stopping by! Tessa
Posted by Tessa Buys at 9:20 AM